Installing Windows on a brand-new computer would make the system function effectively. Without an OS, a commoner would not find a computer useful.

Downloading a Windows installation media in a USB and plugging in the USB in the new computer would be the easiest way to install windows 10 on laptop without OS. Let us see in detail How to install Windows 10 on a new PC without Operating System and its uses.

Can You Use a Computer Without an Operating system?

In the earlier times, when computers were invented, there was no operating system in them. But they were dealing with only one program at a time. If you prefer to go with a computer without an OS, you must communicate with the hardware in its machine language (through coding or writing programs) to do every single task you want your computer to do.

If you are an expert in writing programs, even then without an OS, the system will be worth doing with only one task at a time and multitasking is impossible without an Operating System.

What Occurs If A Computer Does Not Have An Operating System?

An Operating System is the fundamental software that acts as an intermediate between the user and the hardware. It is a platform that provides the opportunity to have a collaboration of software and hardware functions and it uses all the resources effectively to get the tasks done effectively. Can you believe, our modern computers do only one task at a time.

Yes, it is because the OS effectively designs the order of execution at such a speed creating a multitasking effect, hardly we could not recognize that it switches from one task to another. A system without an OS could never do this.

How To Install Windows 10 On A New PC Without An Operating System?

To install Windows 10 on a new PC, one should ensure the basic requisites the PC should have. They are as follows:

To install Windows 10 on a new pc we need a Windows 10 media file. The steps for creating a Windows installation media are as follows:

Installing Windows on a Brand-new Computer

Now the process of Installing Windows on a brand-new computer is done.

Points to be noted while installing windows 10 on a laptop without OS.

How to Fix Windows 10 No Operating System?

When you turn on your PC or laptop and you find an error message stating “Operating System not found,” it might have been caused due to a problem in software or hardware. Solving it by using a USB flash drive, just as you install Windows 10 on laptop without OS will be the last resort. But before that, confirm that the hard disk and the motherboard of the system are connected properly, if there is a connection error, the system may tend to say no operating system. If it is ok, then check the Boot priority order in the BIOS setting. 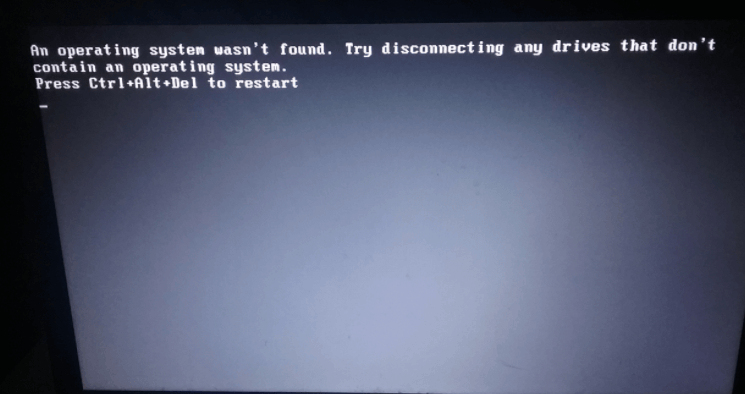 Usually, the hard disk will be on the top of the priority order. Shut down the system and power it on again and immediately press the Keys for BIOS (it may be F1, F2, F3, or Esc., as the case may be) and you will see the BIOS page come up and find the priority order.

If changes are required to be done on the priority order, do it and save it. This may resolve the problem. Even then if the problem persists, you can try to change boot mode. The boot mode may not be supported by the hard disk. By making a change, the problem can be solved. If the problem is not solved, then use a USB flash drive as you install Windows 10 on laptop without OS.

What to Do if the Laptop Is Missing the Operating System?

If the hard disk is damaged, it may result in an error message. Defective BIOS settings and Partition that holds Master Boot Record (MBR) is not activated at the time of installing Windows 10 on a laptop without an OS are some of the reasons that could give way for missing operating system error.

Removing all the external storage devices and restarting the system could solve the problem if the BIOS boot order is distracted due to the external storage devices. Resetting the BIOS, by placing HDDin top priority, would restore the default boot order. Another reason may be the Operating System has got infected by some virus and resulted in the damage of the OS. To check the functionality of the hard disk can be done by doing some operations that would be mentioned on the manufacturer’s website. If it is found defective, contact them for replacement. Reconstructing the Master Boot Record with a Windows repair disk can fix the problem if MBR is defective. Using a Bootable Partition Tool, any inappropriate activation of partitions can be corrected.

Is an Operating System Necessary for a Computer?

An Operating System works like our brain. It communicates with all the hardware and software and makes the system user-friendly. It provides the basis for the application programs and manages the computer hardware. It has control over every process, file, memory, and device. To Install Windows on a new PC is always recommended because every OS has four important managers namely Program manager, File manager, Memory manager, and Device manager. The OS controls all the managers and supervises their effective functioning. OS is responsible for the security of the system too. Multitasking with harmony is possible only through an OS. So, an Operating System is considered necessary for a computer. So, it is worth learning how to install windows on a laptop without an operating system

Which Computer Operating System Is Best?

There are several OS available, MS-Windows, Ubuntu, Mac OS, Fedora, Solaris, Freebsd, ChromeOS, CentOS, Debian, Deepin, etc. Some of these are available free of cost like Ubuntu, Freebsd, Chrome OS. Out of these, Windows is the OS that is used worldwide, and it is the easy and user-friendly OS and with latest updates provides better security to the data. It will cost around $110 to $200, but it is worth the money.

A PC or laptop without an Operating System will not be able to meet the needs of the one who wants to use a computer. So, it is better to know How to install windows 10 on a new pc without an operating system and get the most out of it.