It’s without a doubt that you need a good PC for a good in-game Fortnite performance. The various Fortnite graphical settings have an impact on the game. You’ll need good PC hardware to run the game smoothly.

But is Fortnite CPU or GPU heavy? Fortnite is more CPU-heavy than GPU. While the game tends to rely more on graphics, one can see an increased performance with a CPU upgrade. Overall, Fortine is CPU-heavy with 90% CPU utilization and 50% GPU utilization.

However, most of the Fortnite visuals rely on GPU. In a way, you can do it with a slow CPU but have the GPU to do the task. The CPU load will only increase with heavy combat. Performance will increase with a better CPU. However, the game does rely on GPU for better visuals.

Is Fortnite CPU or GPU Heavy?

As we’ve seen, Fortnite is CPU-heavy. However, it also relies greatly on graphics.So, is Fortnite a CPU or GPU game? The answer is pretty simple. Fortnite is a CPU-bound game and will rely more on the CPU than the GPU. 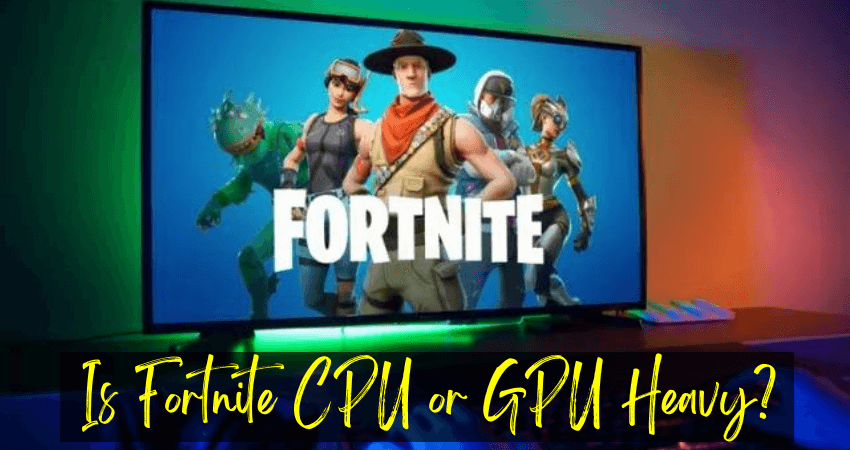 If you just installed Fortnite on your PC and are wondering what to upgrade, then consider upgrading the GPU first. However, this does not mean just using any type of CPU. You still need a pretty decent CPU to avoid any issues when gaming.

Is Fortnite a GPU-based game? Without a doubt. Fortnite is a GPU-based game that relies on good graphics. But the game performance depends on a better CPU. Best graphics will give you the best Fortnite gaming experiences. A graphics card should be the first thing to consider when choosing a computer upgrade for Fortnite,

However, you should make sure the GPU power is not restricted by the CPU. CPU upgrades are recommended when you already have decent graphics and a very poor CPU. In general, both the GPU and CPU will be utilized when playing Fortnite. However, the GPU can be more utilized in most situations than CPU. But you still need a pretty decent CPU to get the best performances.

So, what are the best GPU and CPU for Fortnite? Let’s dive deep and look at the system requirements for Fortnite.

What Is A Good CPU/GPU For Fortnite?

Now that you know what Fortnite utilizes more, it’s time to know what a good CPU/GPU is for Fortnite. First, it’s important to note that there are two modes of Fortnite. The first mode is Player vs. Player (PVP) which is also called the Battle Royale. The second mode is the Player vs Environment (PVE). PVP is the mode popular and free to play. For the PVE, you’ll need to unlock it with multiple perks.

The good news is that you don’t need the most powerful PC to play Fortnite. Both games run smoothly on decent PCs. But what is a good CPU and GPU for Fortnite? For the Fortnite Battle Royale mode, you don’t need very monstrous GPU settings. You need some 3D resolutions of 480p to 1080p for epic settings.

For the CPUs, you need just two cores or more for a good in-game performance. A new Intel Core i5 or Ryzen 5 works just fine. While you can take a step up to Intel Core 7 or Ryan 9 and i9, it is not necessary.

Below is a list of recommended system requirements for Fortnite:

So, is Fortnite a CPU or GPU-intensive game? As you can see, Fortnite is more of a GPU game but that does not mean using just any CPU. The gameplay and art are pretty impressive and don’t require a lot of power unless you’re running on epic settings.

Difference Between A CPU And A GPU?

CPU stands for Central Processing Unit and is the brain for every computer system. It stores the arithmetic logic unit better known as ALU. It stores information, calculates computations, and controls the unit. GPU, on the other hand, is designed to provide images for computers. Originally, GPU was designed to provide images for computers and game consoles. However, GPUs can nowadays be used to accelerate information processing.

GPU is faster than CPU putting more emphasis on the output. COU tends to interact more with various computer components like input, memory, and output to ensure instructions entered are performed.

Overall, CPUs are essential for coordinating all processes in a PC. However, in the gaming industry, GPU is crucial in breaking down problems and working on them at once.

Here is a Comparison Chart 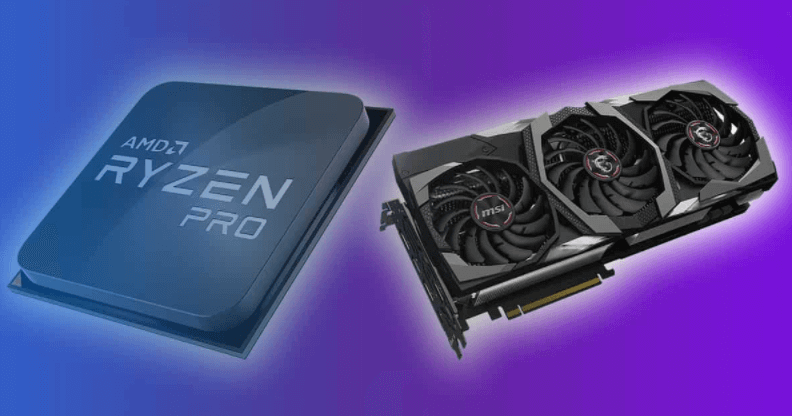 Since integrated graphics don’t have their own CPU, they will use 1-5% of the memory graphics. This might make the system slow when gaming. However, such graphics are cheaper and reflected on the overall laptop price. Integrated graphics use less power, therefore, increasing battery life. Most laptops with these graphics are compensated for with a bigger screen and faster processor.

Dedicated graphics feature their own memory and are ideal for intensive tasks. For high-end gaming, you don’t want your graphics eating your CPU and RAM memory. They ensure faster performances when gaming.

However, there are downsides to dedicated graphics. They produce a lot of heat when performing high-intensive tasks. Your laptop might require dual fans to cope with the heat. They also tend to be pricier affecting the overall costs of laptops.

How to Know Your CPU Is Too Weak for Certain Games?

You can know if your CPU is too weak for certain games when it’s running at 100%. When the CPU is weak, it cannot keep up with the game. This usually leads to lower framerates. Remember the GPU has to wait for the CPU to send data about the next scene. There will be a lot of stuttering in the game. In some cases, when the CPU is too weak, the game might fail to launch.

You need to be on the lookout for stuttering signs, game failing to launch, CPU running at 100% while the GPU is not running near 100%, and much more. You’ll experience lower performances and extended periods before the game loads. Additionally, the operating system will start to swap disks and the system will eventually hang.

Well, that’s it from me! Still, wondering whether Fortnite is CPU or GPU-heavy? Fortnite is a CPU-heavy game. However, you just need a decent CPU and then you can upgrade your graphics. In some cases, the GPU will be used more.

Luckily for most gamers, Fortnite is well optimized and can use CPU and GPU well to ensure excellent gaming experiences.